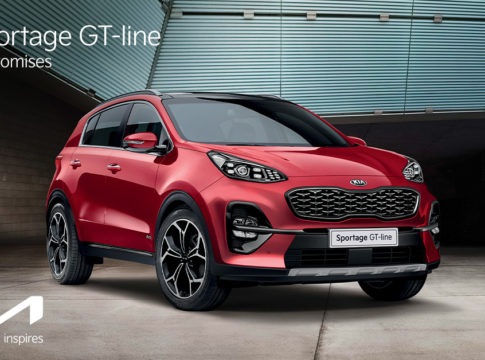 We point the new flagship Kia Sportage in the direction of the fertile Breede River Valley in search of culinary and accommodation delights befitting this smart new addition to the popular SUV range.

What’s it about the Breede River Valley that makes it such an enticing weekend spot for Capetonians? Perhaps it’s the delightful towns bursting with history, delectable eateries and charming overnight spots? Could it be the wines, full of refreshing, chalky minerality? Or is it the people, less obsessed with their city’s natural beauty like those Mother City dwellers and more focused on simply getting on with the job of living life in one of South Africa’s most fertile valleys? Likely a combination of all of these and more, making this destination the ideal spot to catch a breather.

That’s exactly what we plan to do, and our means of exploration is Kia’s new Sportage 1.6 T-GDi resplendent in gleaming Metallic Infra Red paintwork. Slotting in at the top of the popular midsize-SUV range, the new turbopetrol addition sports glossy styling trims and striking 19-inch alloys.

However, we’re most intrigued by the 1.6-litre turbopetrol engine coupled to a seven-speed dual-clutch ‘box. A new powerplant in the Sportage range, the forced-induction unit boasts 130kW and a stout 265Nm from a lowly 1,500 r/min. It promises to make light work of the route we’ve chosen for this all-too-brief adventure…

Right, to the route. We set our itinerary on Google Maps, activate Apple CarPlay via the Sportage’s 8-inch touchscreen infotainment before leaving the bustling (finally, the travellers are returning!) Cape Town International Airport, join the N2 heading west – while pointing sympathetic looks at all the motorists stuck in morning traffic heading into the city – and merge onto the R300 where we jostle for space with taxis, cars and trucks. We’re eager to escape the Mother City’s confined roads and discover what a 132kW dual-clutched Kia Sportage feels like. So far, the short bursts of acceleration have confirmed the new engine is tractable, punchy and refined.

Soon after jumping onto the N1, we take a sho’t left to the R44, direction Wellington. It’s early morning but already the Sportage temperature read-out’s in the mid-20s. We won’t be activating its heated seats (fore and aft) today – the dual-zone climate control’s keeping us unruffled.

I love the R44. It’s generally quiet, the road surface is smooth and the sweeps enticing. We resist the urge to buy a pie at one of the many farm stalls – at our age, indigestion is a given – skirt Wellington and make a beeline for Tulbagh via the stunning Nuwekloof Pass. There’s no time today to spend an hour or two today strolling down Tulbagh’s historic Church Street and popping in at the assortment of shops and coffee spots. Instead, we bear east towards a firm favourite: Slanghoek Road cutting a swathe toward Rawsonville and Worcester.

We shortly reach our first stop for the day, PicardiPlace just outside Rawsonville, but not before putting the Sportage’s poised AWD system to the test on soft, sandy farm roads. Picardi owner Jaco Brand left the city to realise his dream: a cookery, organic farm and overnight spot where visitors prepare Italian dishes under Jaco’s expert guidance using ingredients they’ve picked from Picardi’s own garden. Of course, they get to eat all the food (it would be criminal otherwise) and there’s wine-tasting included for good measure. Today, Jaco’s demonstrating how to make a bolognaise sauce accompanied by perfectly al dente homemade pasta. We clean our plates before Picardi’s friendly staff bring out trays heaving with generous slices of cake and cups of strong coffee to our table in the garden. We’ve skipped wine yet the afternoon heat’s taking its toll. Thankfully, our next destination is less than an hour away and the Sportage’s lofty leather-trimmed seats are comfy, and the ride controlled but absorbent. It’s quickly becoming clear this is a great car for weekends away.

Worcester’s far too busy for this languid trip and so we make a beeline for Robertson, famous for the wines produced on the surrounding farms and the bikers who stop over on weekends during breakfast runs.

No such bum-busting antics for us today. We turn off the R60 into the centre of town and park the tick-ticking Sportage in front of a Robertson institution.

The Robertson Small Hotel is a boutique five-star spot boasting a slew of awards, including being named one of the 101 Best Hotels in the world by Tatler. It certainly makes a fabulous first impression with its amalgam of quaint Victorian architecture and modern décor, the result of a redesign in 2016 by the renowned designer Sophie Ashby. Think understated luxury and you’re on the mark … much like the Sportage GT-Line, in fact. We check into our rooms directly leading into a pool and settle down for an afternoon of relaxation.

We skipped wine during lunch but there are no such reservations this evening. A Méthode Cap Classique tasting by local favourite Silverthorn Wines – the cellar master John Loubser is a hoot – sets us up nicely for a wine-paired dinner prepared by the Small Hotel’s head chef, raconteur Chris Erasmus. The food, wine, service and surroundings are flawless, and we head to bed blissfully happy.

It’s a lazy start to day two. A dip in the pool is followed by an indulgent breakfast before we bid Robertson farewell and slide into the Sportage’s cocooning cabin. There’s no rush to get back to the Mother City and we decide to take the long way home via Bonnievale toward the N2, on the way filling the Sportage’s generous luggage bay with boxes of wine and olive oil.

Once on the national highway, the Kia finally gets an opportunity to stretch its legs and settle into a refined cruise. We nearly miss the turn-off to another Western Cape institution: Peregrine Farm Stall. Unable to avoid the buttery, crusty pies and freshly squeezed apple juice, we cram every cupholder and pocket in the Sportage full of snacks and make our way back to Cape Town. It’s been the perfect trip out of the city, in what’s pretty much a perfect SUV.

Kia’s new Sportage 1.6 T-GDi AWD DCT GT-Line sits at the apex of the beloved SUV range and, as such, offers myriad comfort and convenience features. From heated seats front and rear, to keyless entry and start, powerful LED headlamps, a panoramic sunroof, wireless smartphone charging and powered tailgate, everything’s standard and not a costly option.

Coupled with Kia’s industry-leading 5-year/unlimited-kilometre warranty and roadside assistance, plus a standard 5-year/90,000km service plan, at R649,995 the Sportage GT-Line is an SUV for all reasons. 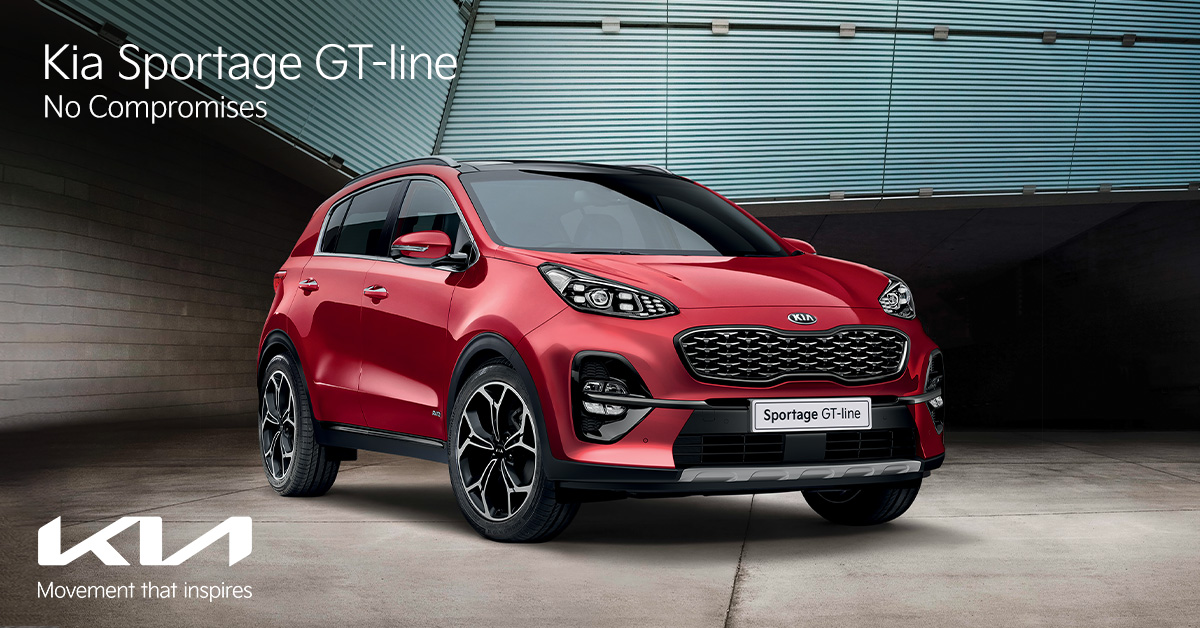