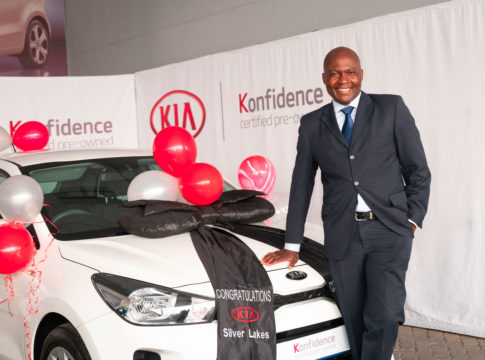 21 June 2021 – Hard work, passion and perseverance paid off for gardener-turned-LLB graduate, Robert Maposa, this month when he realised another one of his dreams: owning a car. With the help of multiple generous supporters, who raised more than R80,000 for his first car through a crowdfunding campaign, and the support of Kia’s Certified Pre-owned Program, Kia Konfidence, Robert is now the proud owner of a low-mileage, fully tested, fully guaranteed Kia Rio 1.2 LS which will allow Robert to pursue his dream job.

From gardener to graduate

Robert Maposa (43) has tended the garden of the same Pretoria family for the last 15 years, but the Mamelodi-resident had much bigger dreams: a better life for his supportive wife, Hitahlula, and their two children, Wonderful and Timothy. Robert’s first goal? Getting his matric, which he did at age 28. Then followed an LLB degree through UNISA, funded through various odd jobs, before graduating with distinction. The next step: finding a job in the field of law that would allow him to provide the better life for his family of which he has always dreamed. 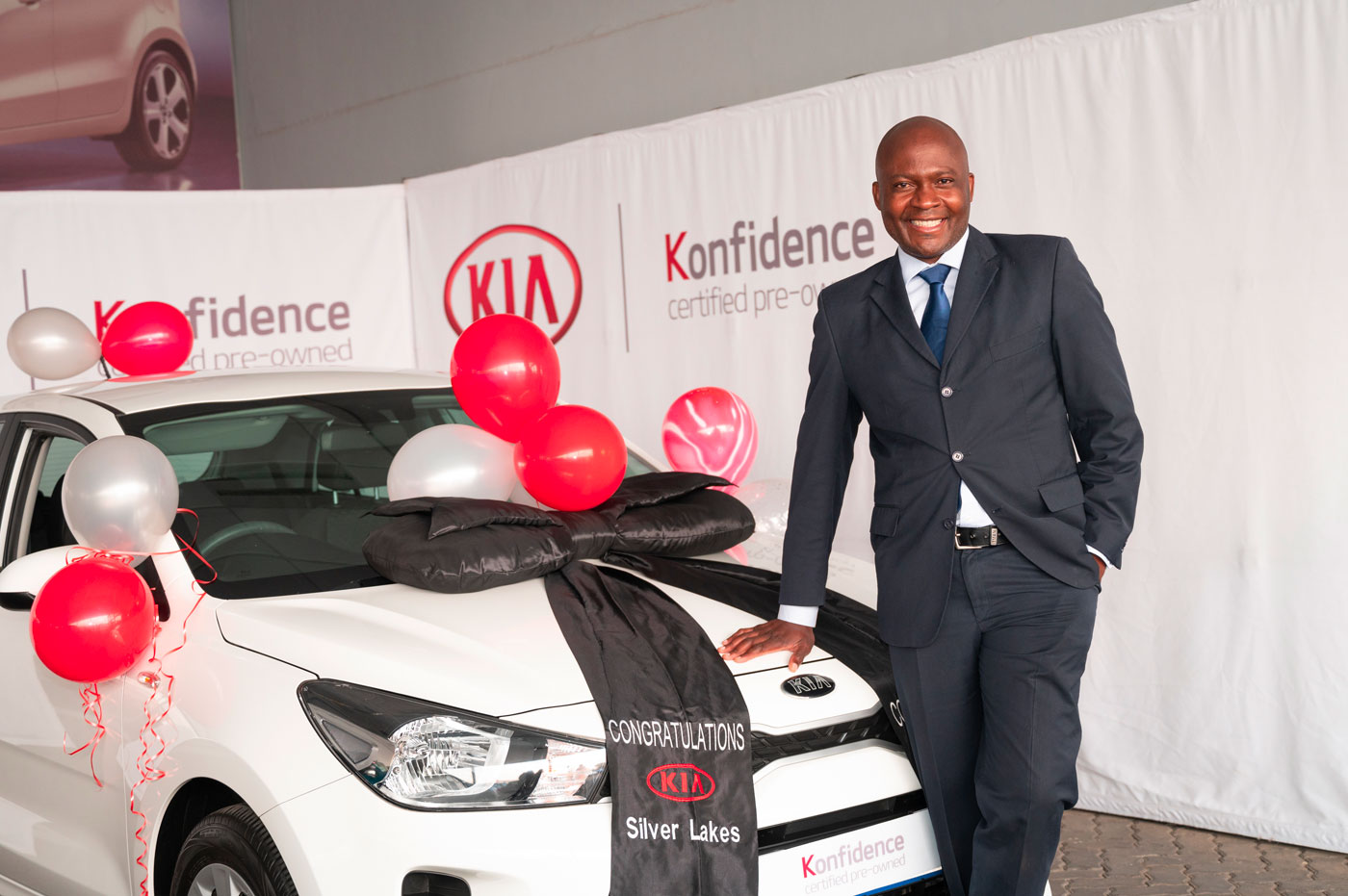 Personal mobility posed a big challenge for Robert, as he would need a car to deliver and collect documents from the courts and clients. That’s where Jonathan Smith came in. The son of the family for whom Robert works, Jonathan was so inspired by his story that he decided to launch a crowdfunding campaign to get Robert behind the wheel of his own vehicle. 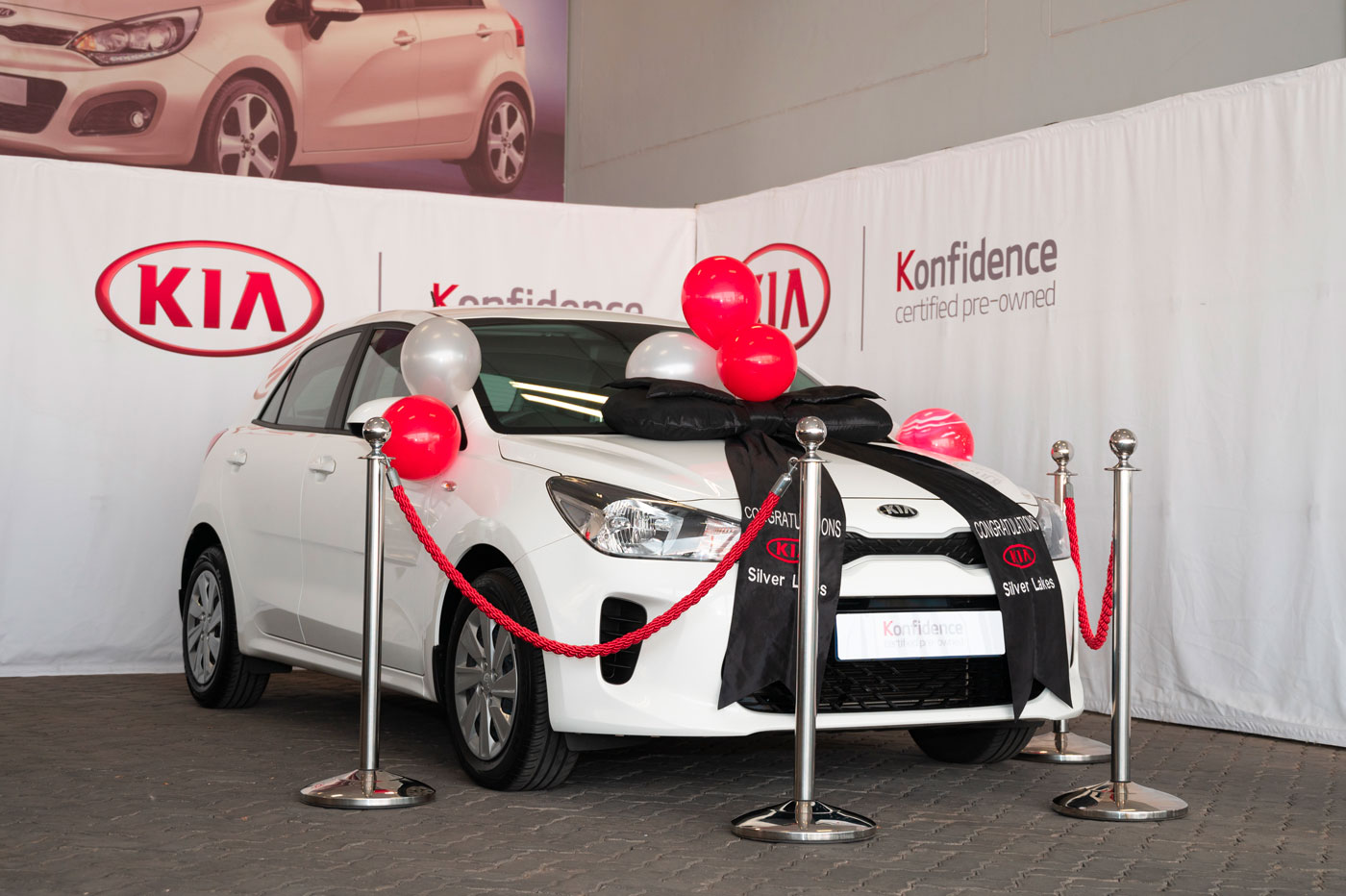 “I have been so fortunate to grow up around Robert,” says Jonathan. “When I was younger, he would tell me stories and let me help in the garden. As I’ve grown, I’ve learned to appreciate his kind spirit even more and I couldn’t be prouder of what he has achieved. I know given the slightest chance that he will be a major success”

Soon their BackaBuddy campaign gained momentum, and, to date, they have raised more than R80,000. Following an appeal from matriarch Ina Smith, Kia was so inspired by Robert’s story that the brand decided to match the funds raised by the BackaBuddy campaign and source a vehicle for Robert through the Kia Konfidence Program. Today, Robert is the proud owner of a low mileage Certified Pre-owned Kia Rio 1.2 LS, which he took delivery of from Kia’s Konfidence outlet in Silverlakes, east of Pretoria. 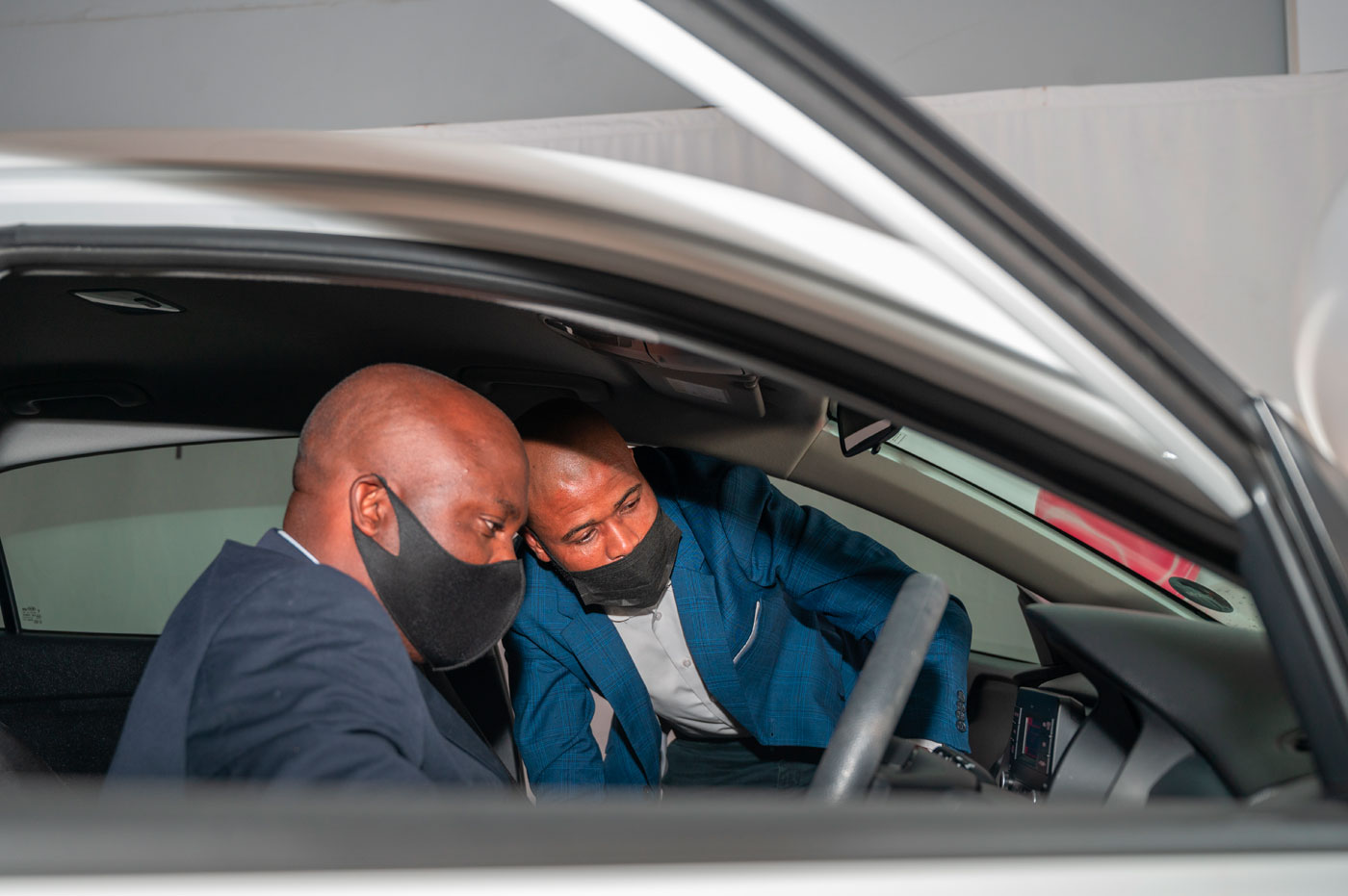 “Robert’s story of passion and perseverance is closely aligned with Kia’s belief that movement inspires ideas, and his incredible achievements is a huge inspiration to us,” says Gareth van der Westhuizen, General Manager of Kia Konfidence. “Every Kia comes with world-renowned quality and reliability engineered into its DNA. With a Certified Pre-owned Kia from Konfidence, Robert now also has guaranteed peace of mind in terms of roadworthiness and reliability. We are humbled that we could contribute to his successes.”

Konfidence is Kia’s Certified Pre-owned Program and aims to provide customers with a straightforward, risk-free solution to purchasing their next pre-owned vehicle. We take responsibility for the quality of the vehicles we sell by thoroughly inspecting it by means of an independent 125-point check, in the process ensuring its roadworthiness, authenticating its service history, and verifying its mileage. All cars are also reconditioned to manufacturer specifications prior to being sold. 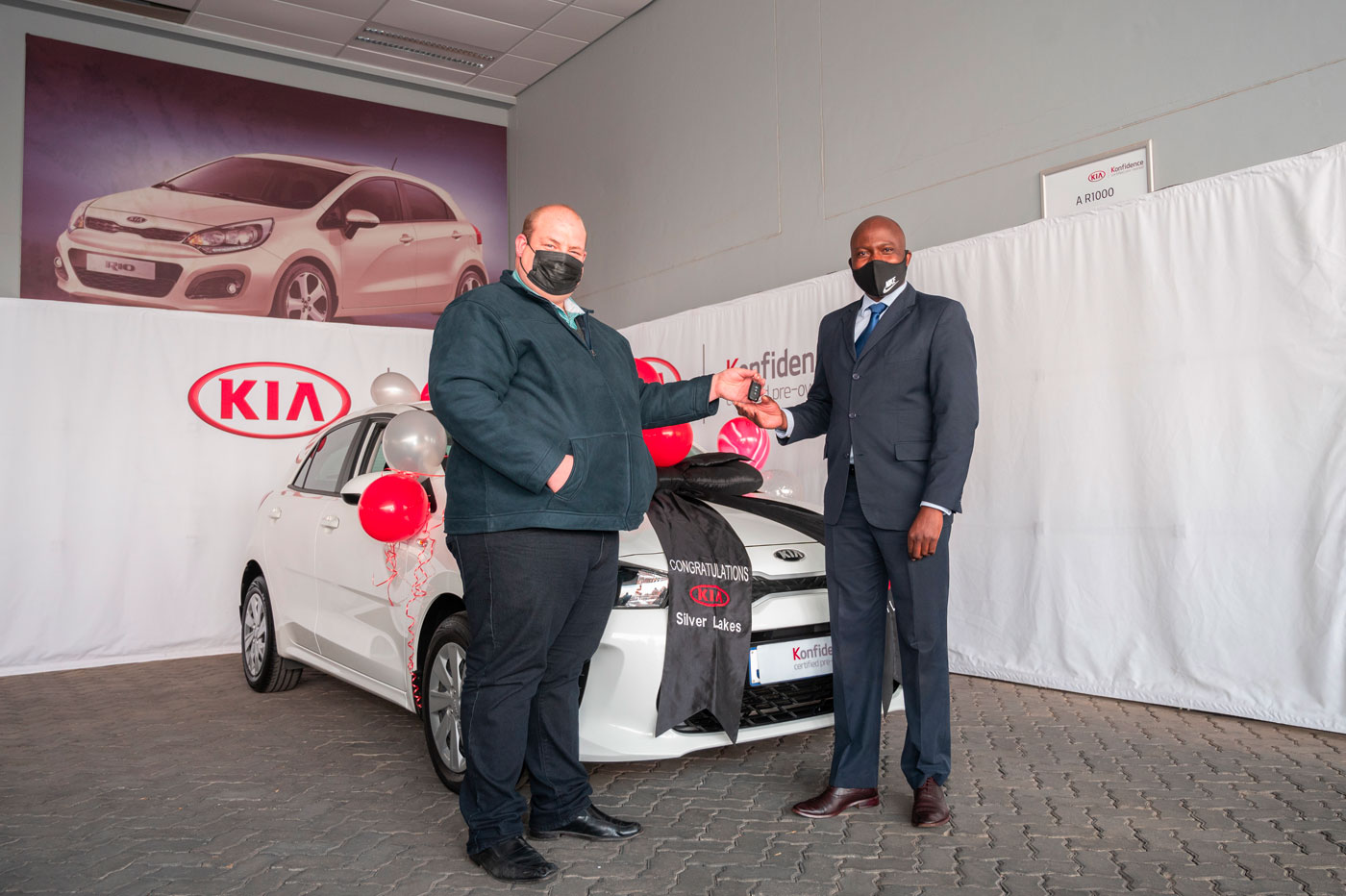 As such, any car purchased through Kia Konfidence is fully tested and fully guaranteed, giving customers the same peace of mind that comes from buying a new Kia. Customers also benefit from a 30-day/1,000 km exchange option, plus 24-hour roadside assistance and breakdown coverage for 12 months from date of purchase. Specialising in Pre-owned Kia vehicles, the brand also offers a high-quality selection of pre-owned vehicles manufactured by other brands. 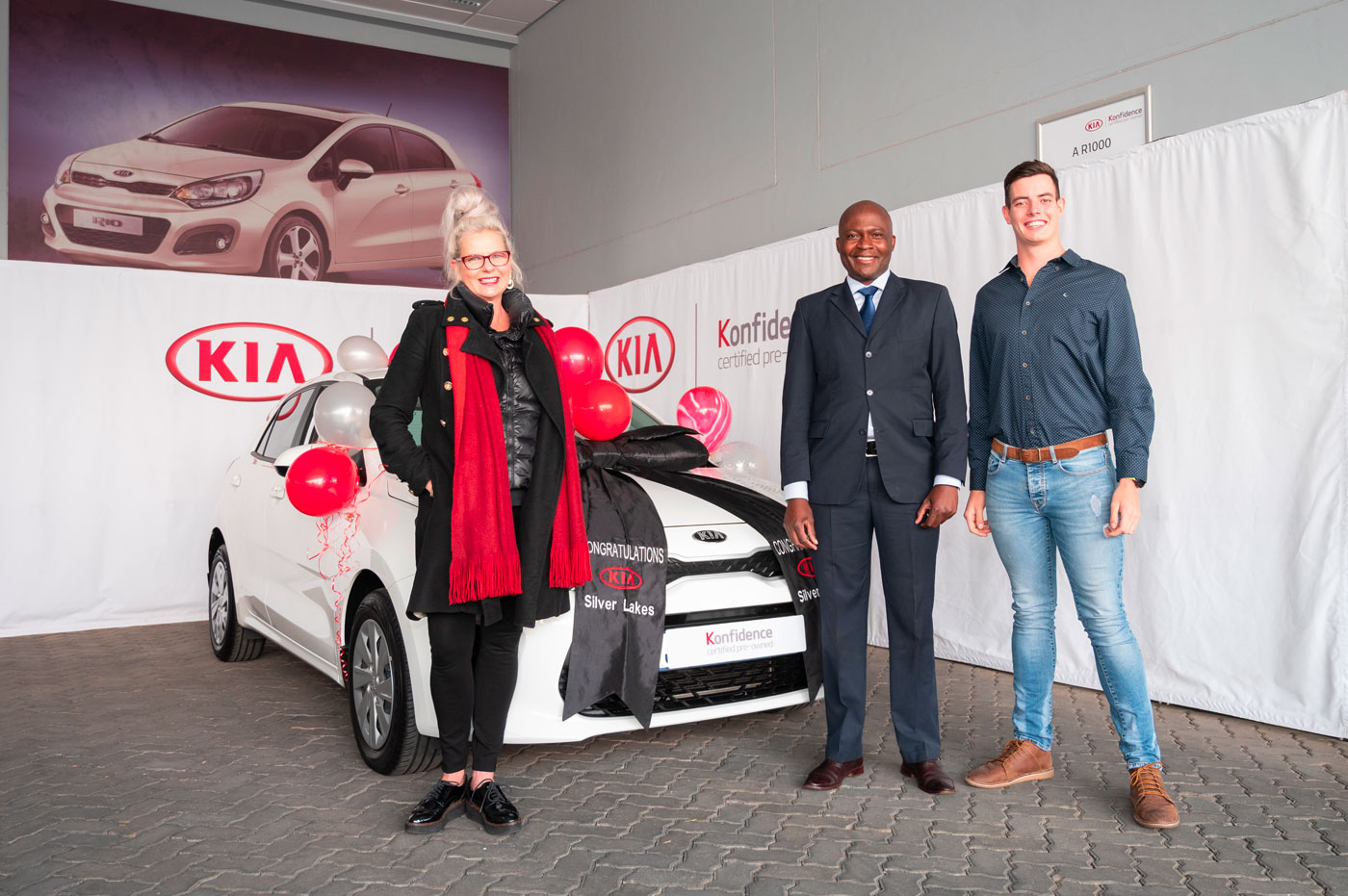 Says Robert: “Kia is one of my favourite brands. This Rio will allow me to excel when I get a job and to create more opportunities for my family. Thank you!”