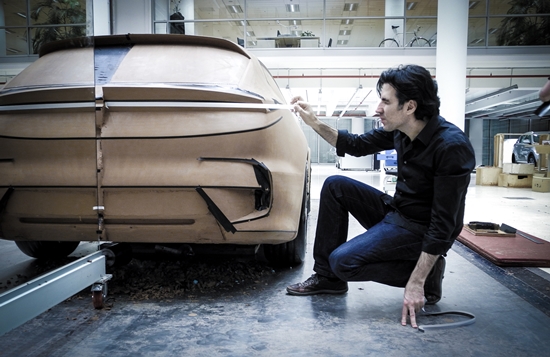 From sketch to reality – Concept cars brought to life

Concept cars offer a peek into the soul of an auto manufacturer and often embody future design directions. In our pursuit of creating the cars of your dreams, Kia designs, builds and showcases concept cars not only to introduce awe-inspiring new mobility ideas but also to gauge the general public’s reaction for potentially turning these one-of-a-kind creations into mass production vehicles.

See how Kia’s cutting-edge ideas have evolved into production models that are now found on roads around the world!

The Sportspace concept made a fantastic debut at the 2015 Geneva International Motor Show as a reinvention of the grand tourer wagon that encapsulates both aesthetic design and practical everyday details. Complete with a sporty aesthetic and driving practicality, the Sportspace concept was perfectly conceived for long-distance driving and weekend getaways.

The Europe-exclusive Optima Sportswagon, inspired by the Sportspace, is an attractive wagon that prioritizes comfortable, practical driving and maximized cargo capacity. With its remarkably refined and spacious design, Optima Sportswagon received the ‘Best of the Best’ distinction in the vehicle design category at the 2017 Red Dot Design Awards.

The GT concept, Kia’s first rear-wheel drive concept car, signaled a distinctive shift in Kia’s design direction. Made for long-distance driving, this fascinating concept carries all the hallmarks of a sports sedan with a bold body and elegant interior features.

Kia developed the GT concept into the Kia Stinger. As Kia’s first true gran turismo, the Stinger has been praised for its striking design and superior performance.

Unveiled at the 2013 Geneva Motor Show, the Provo concept was introduced as a sleek, muscular compact crossover model aimed at delivering pure fun and performance. With ultra-modern technology and purposeful style, it was seen as a perfect choice for today’s city-based car enthusiasts.

The Kia Stonic, a model that takes inspiration from both the all-new Kia Rio and the Provo concept, was revealed recently at Kia’s European media event. The unique aesthetic and customization-friendly aspect of the all-new compact SUV has a dominant and head-turning presence that is already making customers eager with anticipation. Stay tuned for more news on the Stonic as it enters the market later this year.

We at Kia constantly strive to introduce the next level of creativity and class-leading performance that provide sublime driving experiences for our dedicated drivers. Stay tuned for even more futuristic concepts turned into reality!

Learn more about our vehicles at www.kia.co.za