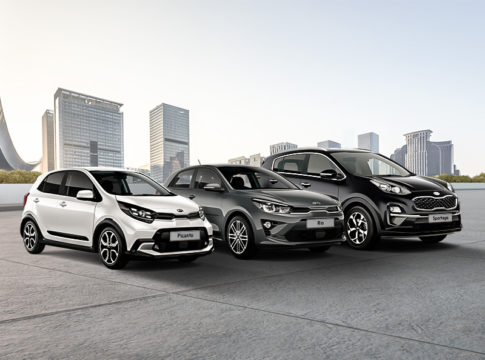 The votes are in: Kia owners love their cars

Two of Kia’s models available locally placed at the top of their respective classes in the most recent Driver Power customer satisfaction survey conducted in the UK. What’s more, six Kias in total featured in the top 35 overall, including the current Sportage.

The survey gathers thousands of responses from owners who rate their cars across 10 separate categories, in 30-plus areas, over the first 12 months of ownership. This data is rigorously analysed and used to create a comprehensive picture of how satisfying today’s most popular new cars are to own.

For the second year in a row, the Picanto was voted the most satisfying city car to own. Users praised the low running costs, reliability and impressive safety systems. The infotainment system also received compliments. Finally, buyers loved the Picanto’s fun-to-drive nature and striking design.

In what the organisers labelled the most competitive Driver Power class, the Kia Rio beat all its rivals to the crown and placed second overall in the entire survey across all classes. The Rio achieved top-10 overall scores for exterior design; practicality and boot space; ride and handling; running costs; reliability; and infotainment.

Placing second-highest of all Kia models overall, the Sportage just missed out on the top spot in the Mid-size SUV class. Like all the Kias in the survey, the Sportage drew plaudits for its infotainment; spacious interior and reliability. Owners also praised its driving manners and styling, plus its high level of standard safety features.