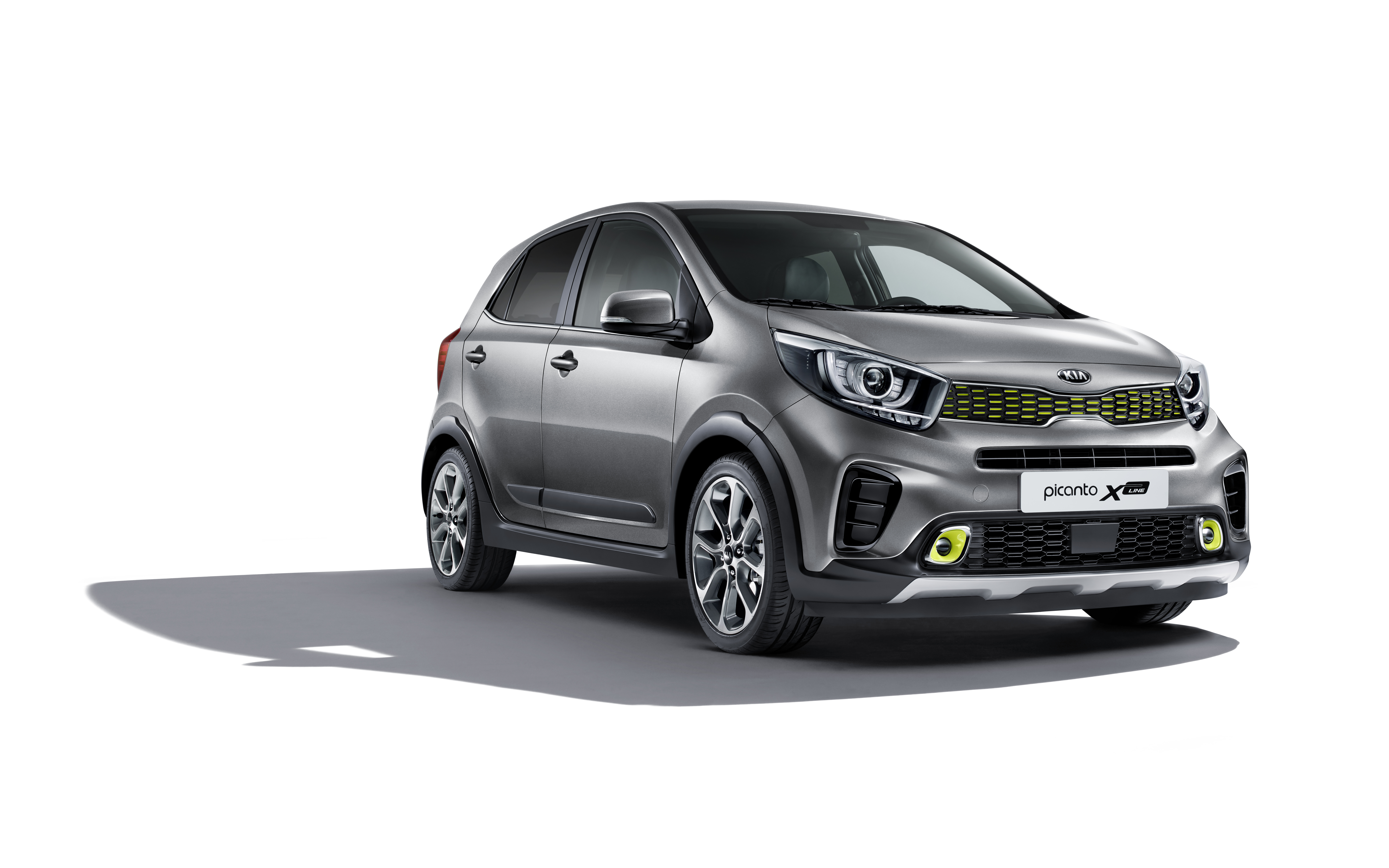 KIA has announced details of the all-new crossover-inspired Picanto X-Line ahead of its public debut at the 2017 Frankfurt Motor Show (IAA).

The all-new X-Line variant further broadens the appeal of the Picanto, KIA’s smallest car, combining all of its best qualities with a new look which draws inspiration from KIA’s popular crossover and SUV model lines, including the Sportage and Sorento. The rugged design is highlighted by contrast colour packs and raised ground clearance (to 156mm, 15mm higher than the standard Picanto), which also gives the driver a clearer view of the road ahead. The new derivative benefits from KIA’s 1.0-litre T-GDI (turbocharged gasoline direct injection) engine, making it the most powerful Picanto ever. 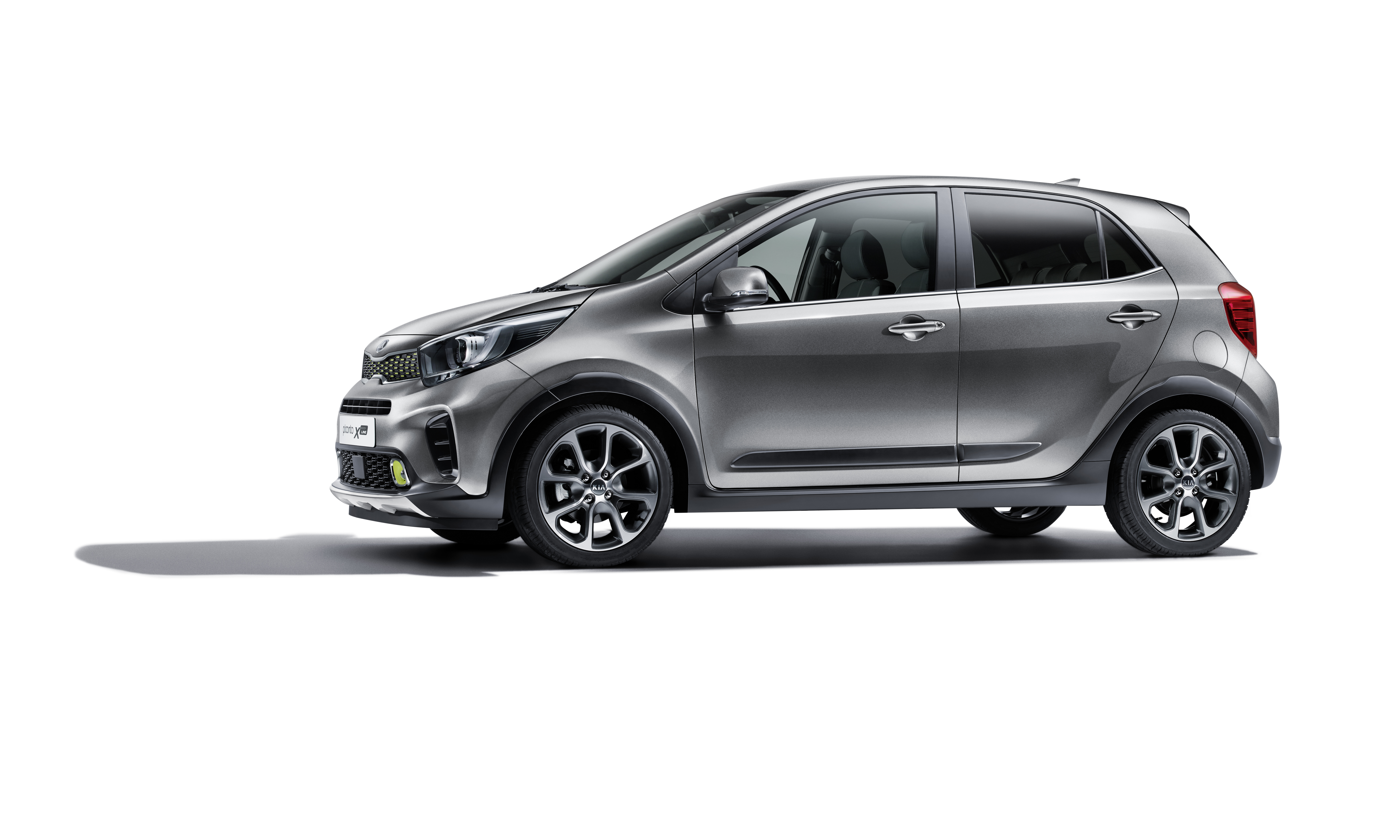 Michael Cole, Chief Operating Officer for KIA Motors Europe, commented: “We launched the new Picanto in Europe earlier this year and it is already outselling its predecessor. Year-on-year, Picanto sales in the first half of 2017 grew 23% to 31,827 units, and globally it is one of our best-selling vehicles. The all-new X-Line will add to that momentum.”

While the new Picanto featured a bold and energetic design when it was launched earlier this year, the all-new X-Line variant introduces a series of rugged new design cues. Incorporating KIA’s signature ‘tiger-nose’ grille, the X-Line boasts more imposing, SUV-style bumpers with metal-look skidplates at the front and rear, for a more confident and go-anywhere appearance. Unique to the X-Line model, the grille and fog lamp surrounds are finished with lime green highlights (silver highlights are also available), while black cladding around the wheel arches enhances the visual effect of the raised ground clearance. 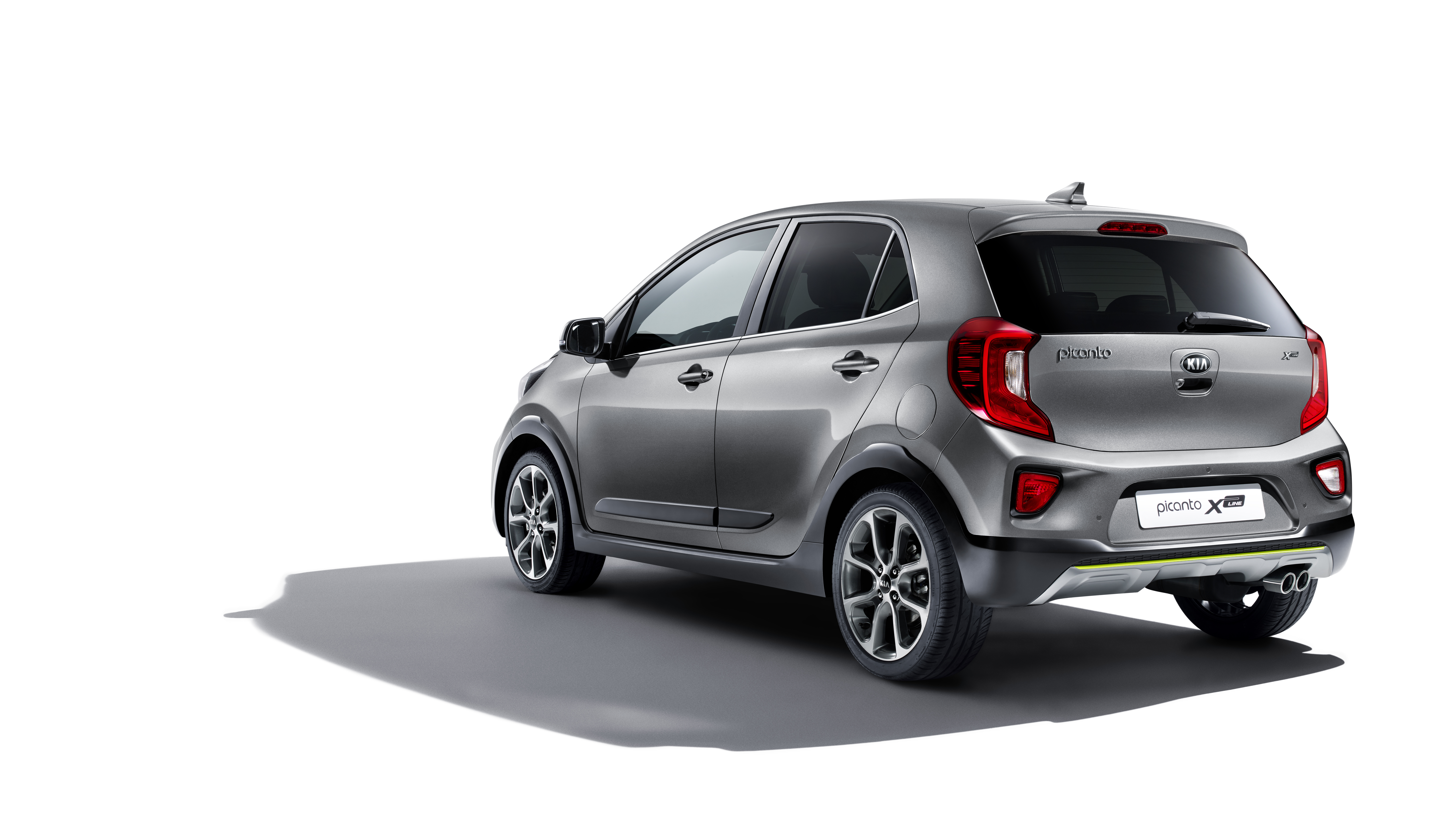 74kW 1.0-litre T-GDI engine – the most powerful Picanto ever

The all-new Picanto X-Line is powered by KIA’s three-cylinder 1.0-litre T-GDI engine. Previously only available in the cee’d model family and new Rio*, the lightweight, compact new engine is available with a Picanto variant for the first time.

As well as offering high efficiency and low emissions, the lightweight nature of the new T-GDI engine perfectly suits the Picanto’s direct handling character. With minimal mass over the front axle, the more powerful engine ensures the Picanto remains fun to drive. The 1.0-litre T-GDI engine produces 74kW at 4,500 r/min, and 172 Nm torque from 1,500 to 4,000 r/min. The most powerful engine yet to be offered on the Picanto, it allows the X-Line model to accelerate from 0-to-100 km/h in 10.1 seconds. The new engine is capable of 4.5-litres/100 km, with CO2 emissions from 104 g/km (combined, New European Driving Cycle).

The new 1.0-litre T-GDI engine is also being introduced to the sports-inspired Picanto GT-Line, with identical performance and power and torque outputs. 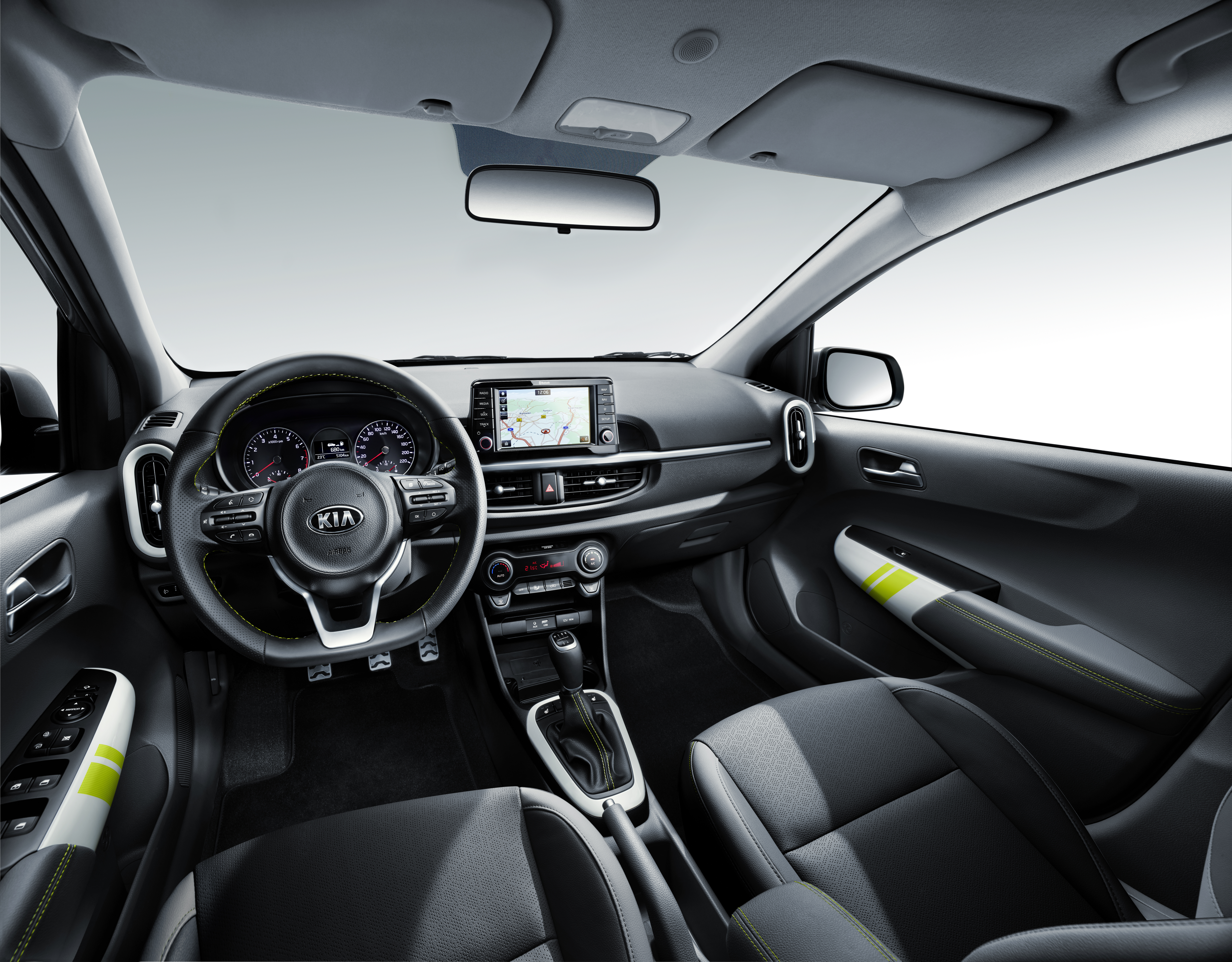 The Picanto X-Line is fitted with many of the features available across the rest of the Picanto range, including 16-inch aluminium alloy wheels, aluminium pedals, LED daytime running lights and fog lamps, shark-fin antenna*, and keyless entry*. The large 7.0-inch ‘floating’ touchscreen HMI (human-machine interface) houses navigation with 3D maps*, and Apple CarPlay™ and Android Auto™ for full smartphone integration. A rear-view parking camera and wireless smartphone charger* and USB port are also available on X-Line models. Like the Picanto GT Line, the Picanto X-Line is fitted as standard with a sporty D-cut steering wheel.

The new Picanto is the safest A-segment car Kia has ever made, featuring an Advanced High Strength Steel (AHSS) body construction and six standard airbags (front, front side and curtain airbags), and an optional knee airbag. Active safety features are also included, such as standard-fit Vehicle Stability Management (VSM) with Electronic Stability Control (ESC)*, to ensure stability under braking and cornering. In addition, the new Picanto is available with Autonomous Emergency Braking (AEB)* – a key technology adopted to enhance safety in urban environments.

The Picanto boasts class-leading cabin space, with more leg- and head-room than all other rivals in the A-segment. Boot capacity is 255 litres (VDA) – the most of any car in its class – with 60:40 split-folding rear seats, which can fold flat to increase capacity to 1,010 litres.

Learn more about our vehicles at at www.kia.co.za